This blog serves as a partial documentation of EATING IN PUBLIC's HI-5 project. We have not added posts since the Honolulu City and County's Environmental Services (ENV) officially adopted it, which has allowed us to move to other projects. Do check us out the previous posts and NOMOOLA.COM
at 8:52 PM No comments: 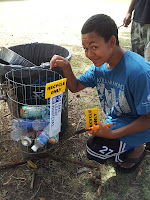 In May 2011, Lui Nautu got in touch with us about wanting to put up some bins at bus stops around Kokololio Beach Park, Hau'ula and Laie. Lui was taking this on as his Eagle Scout project. During the year and 3 months that has since passed, Lui stuck to his plan, working with the City and Parks+Recreation to get official permission. While this is not Eating in Public's Modus Operandi we applaud Lui for his tirelessness and stick-to-it spirit.

He recently succeeded what seemed nearly impossible. The City and County finally agreed with the caveat that a "Recycle Only" sign be added to the bins, which Lui accomplished with his troop (Troop 59).

Lui has this to say about the experience, "The recycling bins have finally been put at bus stops at Kokololio Beach Park, Hau'ula and Laie bus stops. All those that have trash cans! I have two things that I want to tell you. About 20 minutes after we were done setting up the recycling bins, we saw a guy digging in one of the trash cans. We thought he looked like he was homeless. After he was done digging we noticed that there was a bunch of stuff in the recycling bin. We thought ok, he might of have put rubbish in the bin just to get to the cans and bottles. So, we went over to check. To our surprise the bin was full of redeemable bottles and cans that he had left for others. This really showed us something about the homeless. We thanked him!

The second thing was a guy came up to us and asked who's idea was this to put these things around here. My mom told him that it was me. He said he thought that it was a great idea to do it! Thank you for helping me to complete my Eagle Scout Project! Mahalo!" 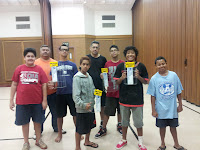 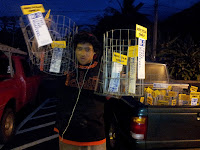 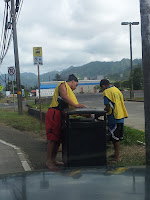 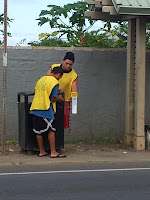 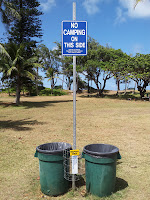 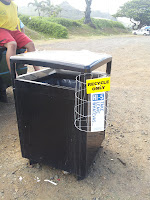 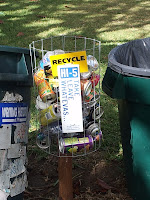 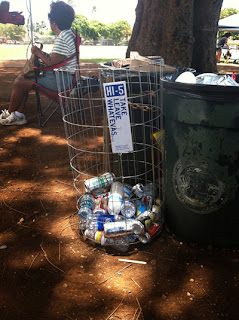 More from Dana at Kalaha Park.
at 6:16 PM No comments: 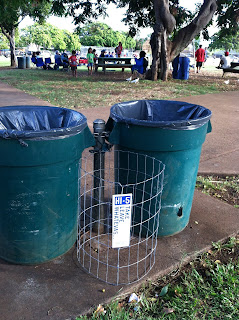 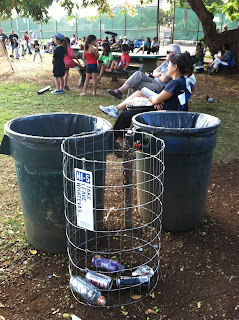 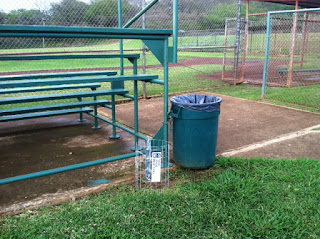 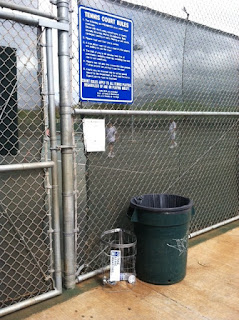 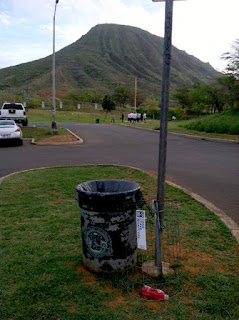 Margot in Makiki - Kewalo and Heulu 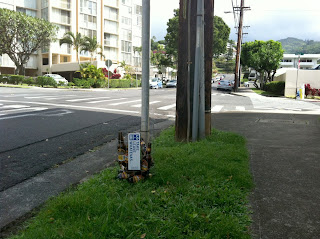 Just installed and, "the neighbors are already putting it to good use. Now we don't have grocery bags of cans & bottles laying around for people to pick up."
at 4:44 PM No comments: 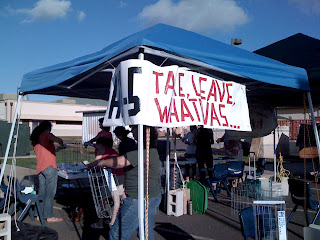 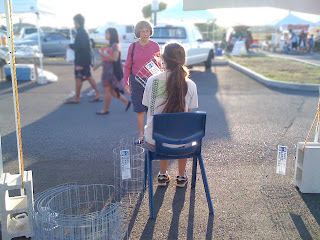 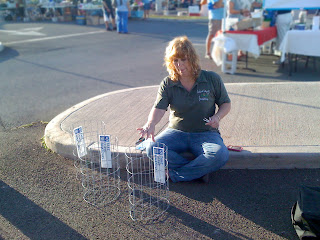 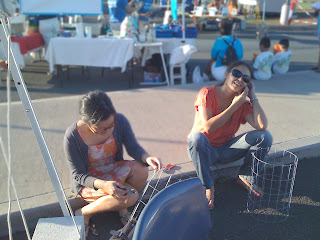 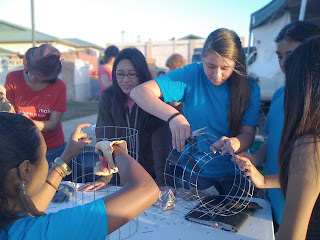 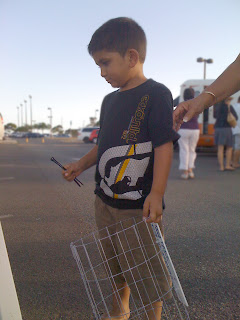 EIP was invited to do a workshop at Kapolei Farmers Market. Besides the folks on the blog title, we were joined by folks from Kanu Hawaii, Kokua, and City and County's Department of Environmental Services, and quite a number of students of Kapolei HS.
We succeeded in making about 30 bins and distributing about 25. Hopefully this will change the look of our bin map, which sadly includes no dots in the Kapolei area.

See story on the workshop by Kasha Ho of Kanu Hawaii.
at 11:38 PM No comments:

about the Anarchist Recycling System

It all started one day in 2004 when the city dropped off a blue recycling bin at our place. We were so happy. "FINALLY!" we thought. Nerdily we put all our recyclables in and waited for the pick up. We waited, and waited, and waited for two sad years. They never came. Frustrated, we took matters into our own hands. We made a simple wire mesh bin and attached a sign with a tongue-in-cheek anarchist message, "HI-5 / Take, Leave, Whatevas..." We added our redeemables and set it up at our front yard. Viola they were picked up. Soon unknown people dropped off their own redeemables, and these too were picked up without ceremony!!! If it worked so well at our front yard, we thought why not put them everywhere.

The idea caught on very quickly. People invited us to do workshops. We collaborated with community groups. A few people sent money for materials. We even received a small grant from the Hawaii People's Fund. By our unscientific estimate, over 1,000 bins have placed on O'ahu along with a few on Maui.

In 2011 the unexpected happened. The coordinator of Honolulu City and County's Environmental Services (ENV) called us. Instead of freaking out or being defensive she told us she liked the HI-5 bins, the simplicity of its concept, its design, and its community-building potential. To make a long (and painfully bureaucratic) story short ENV officially adopted the HI-5 project in 2013.

Like we did before, ENV will work with anyone, particularly groups, to make and set up bins, providing instructions and all needed supplies. Most miracously ENV kept the language of our [TAKE, LEAVE, WHATEVAS...] signs AND our DIY instructions that explicitly say to [Trust Without Apology]. To prove that they meant it, they do not provide pickups. A major triump over the irrational fear of strangers! Anarchists are everywhere.

So go ahead...
- Request a bin-making kit or a workshop from C+C Environmental Services
- Or better yet, downloadable step-by-step instructions and take matters into your own hands

Lastly, we must acknowledge that recycling, no matter how comprehensive, do nothing in dealing with gluttonous First World consumption patterns and the excessive packaging around all the sad shit we buy. The larger purpose of the HI-5 bin project is to create a consciousness of our interdependency through actual practice and real relationships, not based on abstract notions of groups or communities.

Things to Think About